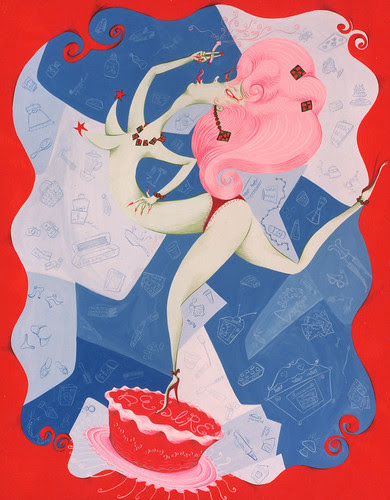 Posted by cwyatt at 3:31 AM No comments:

BG Keys from The Cleveland Show on Fox 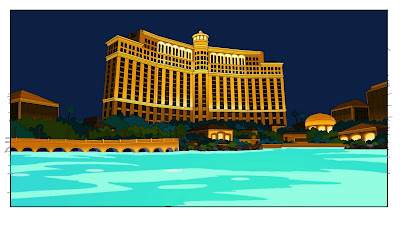 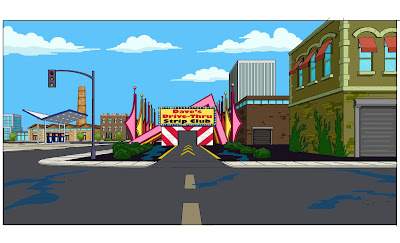 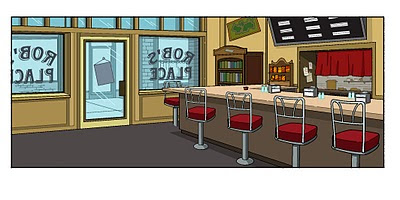 Background Color Design by Carol Wyatt
Posted by cwyatt at 9:33 AM 1 comment:

One of my favorite BGs I worked on from The Cleveland Show.
Buzz Aldrin's party pad with lots of drinking & dancing girls and hula hoops. Don't have the girls saved, but they are great too!

WHEN DO THEY SERVE THE WINE? By Liza Donnelly 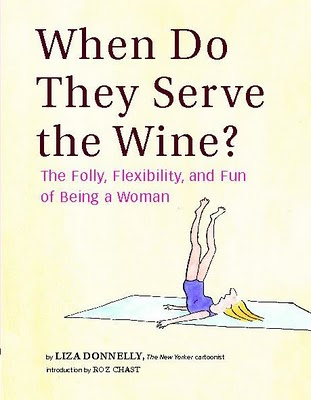 Visiting Liza's blog is as fun as her cartoons are funny.
Great observations on feminism and life in general.
http://whendotheyservethewine.wordpress.com/
Posted by cwyatt at 8:52 AM No comments:

Labels: Art, Cartoonist, Illustration, Liza Donnelly, When Do They Serve the Wine


For the second consecutive year, Carol Wyatt Illustration has been selected
for the 2010 Best of Glendale Award in the Commercial Design &
Illustration category by the U.S. Commerce Association (USCA).
The USCA "Best of Local Business" Award Program recognizes outstanding
local businesses throughout the country. Each year, the USCA identifies
companies that they believe have achieved exceptional marketing success
in their local community and business category. These are local companies
that enhance the positive image of small business through service to their
customers and community.
Nationwide, only 1 in 70 (1.4%) 2010 Award recipients qualified as two-time
Award Winners. Various sources of information were gathered and analyzed
to choose the winners in each category. The 2010 USCA Award Program
focuses on quality, not quantity. Winners are determined based on the
information gathered both internally by the USCA and data provided
by third parties.
About U.S. Commerce Association (USCA)
U.S. Commerce Association (USCA) is a New York City based organization
funded by local businesses operating in towns, large and small, across America.
The purpose of USCA is to promote local business through public relations,
marketing and advertising.
The USCA was established to recognize the best of local businesses in their
community. Our organization works exclusively with local business owners,
trade groups, professional associations, chambers of commerce and other
business advertising and marketing groups. Our mission is to be an advocate
for small and medium size businesses and business entrepreneurs across America.
SOURCE: U.S. Commerce Association
CONTACT:
U.S. Commerce Association
Email: PublicRelations@uscaaward.com
URL: http://www.uscaaward.com
Posted by cwyatt at 9:01 AM 4 comments:

SPRING INTERVIEW with my high school

Last fall, Ginny Tyler from St. Francis High School contacted me about doing an alumni profile for the spring newsletter. I had fun reminiscing and picking out a few moments to highlight from my career.... It reminded me how important it was to grow up in Kentucky without all of the entertainment bitterness.
http://www.sfhs.us/index.asp 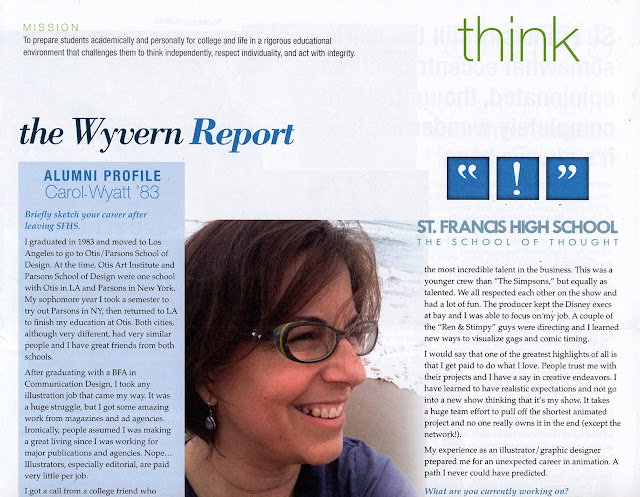 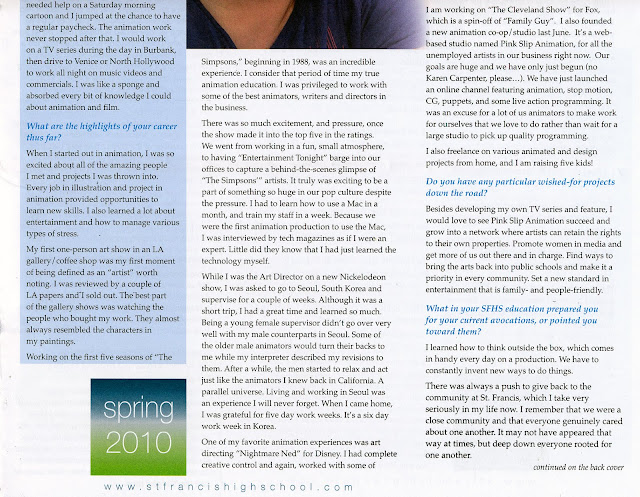 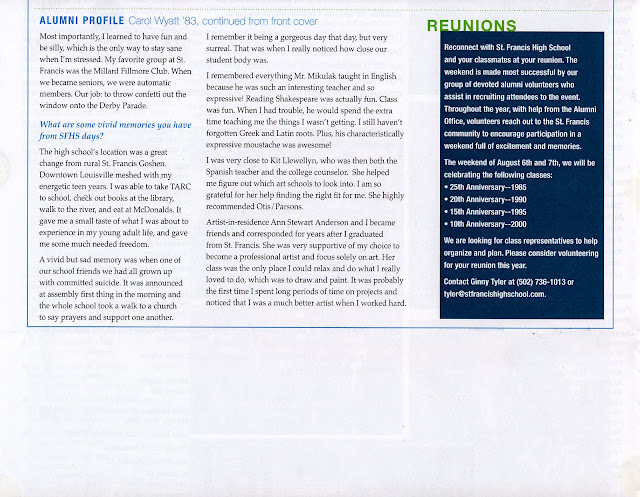 Today I met Carl Reiner.
Wow!....
I had heard him at one of our table readings before and he was hilarious. He plays a recurring character on The Cleveland Show, so he is a regular at the table reads. It was especially funny to see him read one of our raunchy scripts.
Mr. Reiner had written today's story (with the writers contributions), so a few animators asked him to sign their scripts after the reading.
I asked him a question about the last scene and he launched into a great story about Groucho Marx.
How incredible to be able to meet someone who has done so much incredible work, AND worked with such amazing talent!
The Dick Van Dyke Show was one of my all time favorite shows growing up. The writing and directing was so funny and clever. There are very few shows today that are as funny as a Dick Van Dyke, Mary Tyler Moore, or The Carol Burnett show. He wrote, directed, and acted alongside Mel Brooks, Steve Martin, and many others I have a deep respect for. I miss that quality of humor in TV today. Where a writer doesn't have to swear or call people names to get hysterical laughter. The stories, characters, and actors made us laugh without being demeaning. They had simple plots with complex personalities that always got themselves into a situation that they couldn't get out of. And those were the laughs.
Never in my wildest dreams growing up in Louisville, Kentucky, would I have ever predicted working with such talented people!!

Carol goes to the Annie's

My first time at the Annie's!
Thanks to a good friend I was able to sit in the very front row on the left.... You couldn't get any closer to the stage!
I have been to Royce Hall at UCLA many times for various performances (Moby Dick by Laurie Anderson was by far one of my favorites). This was the first time I had to climb the 3 tier staircase in heels. Why is the parking lot so far away? We're not college students anymore.
Enough whining.... It was a beautiful evening and fun to see animators dressed up for a change. I was happy to run into two friends as soon as I came near the red carpet. The rest of the evening was all about catching up with friends and eating yummy brownies.
Thanks to animators posting all of the names on my photos, I have most of them here.....
See if you can guess who they all are.... Here are the photos and the names, In no particular order:

Philip To : Character Animation in an Animated Television Production 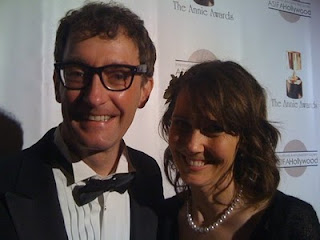 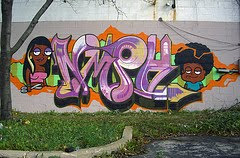 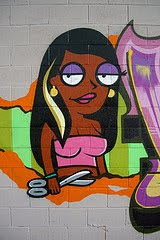 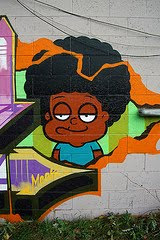 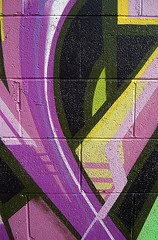 Found in Milwaukee by a friend of Mike Henry's.
Posted by cwyatt at 11:17 AM No comments: