What is Dr. Phil's real job?
Can't he go work at a preschool for a few weeks and get back to reality?
I was at a toy store where there was a little boy trying on all of the sparkly princess dresses and shoes. He also put on some super hero boots.
When the mother said it was time to go, she told her son that he could pick out one item to buy.
He thought about it for a minute and chose the sparkly dress up shoes. Bright pink with little heels. He stumbled out of the store with them on.
Did his mom replace those shoes with combat boots? No...She bought him the shoes he liked to play with. He was so happy.
Why teach children prejudice?
Photoshop Illustration by Carol Wyatt
All rights Carol Wyatt 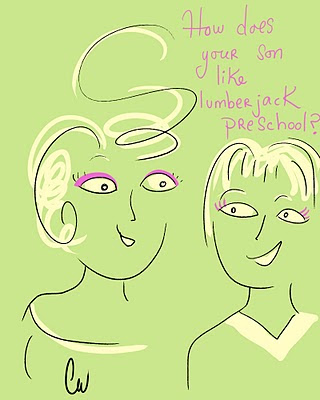 This article is from Dr. Phil's website:
Robby's 5-year-old son loves to play with Barbies and prefers wearing girl's clothes. She asks Dr. Phil how to deal with this behavior, which she doesn't think is normal.

"There are developmental stages in kids and it is not unusual, particularly for young boys, to experiment and get stuck on certain stimulus items," says Dr. Phil. Particularly because the little boy has two older sisters, he says, it's not unusual.

"This is not a precursor to your son being gay," explains Dr. Phil. He'll know that in time, but this is not an indication of his sexual orientation.

Dr. Phil tells Robby that she has a job to do: "Direct your son in an unconfusing way. Don't buy him Barbie dolls or girl's clothes. You don't want to do things that seem to support the confusion at this stage of the game ... Take the girl things away, and buy him boy toys."

Most importantly, he tells Robby, "Support him in what he's doing, but not in the girl things." 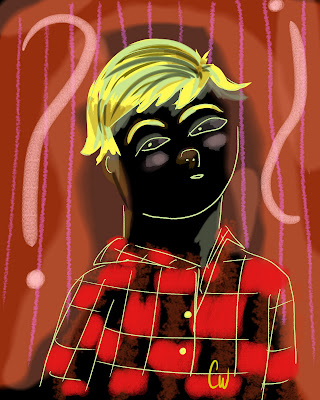 Photoshop Illustration
All rights Carol Wyatt
Posted by cwyatt at 11:29 AM