It was surprising to receive so much feedback from my first Waldorf RANT.

I have met victims of Waldorf abuse from all over the world who have been through horrific experiences. Children and parents, all victims of emotional abuse. The schools are everywhere and have large support groups of parents devoted to Steiner's teachings. As long as freedom of religion is a protected right, cults like Waldorf will exist.

Here is my second rant: 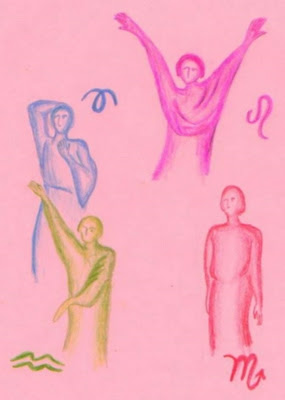 The first time we sang a spiritual song out on the green lawn, I got a little bit spooked. But, I was in for the ride. My ex and I had researched the school and loved the spiritual side of Steiner's teachings. Although we didn't agree with some of the strange rules, we decided to invest ourselves for our children. We believed that the campus and the school's  philosophy would help our children stay centered while growing up in the midst of the entertainment jungle of Los Angeles. What we didn't realize was that we were entering a whole new jungle with it's own set of rules and morals that did not relate to anything in the "real" world. And my ex was soon to be brainwashed.

I never really understood anthroposophy. The meaning of that word made no sense to me. I thought that it was like any other philosophical concept...That I could interpret it as I liked. What I soon realized was that anthroposophy is a religion. A religion that Steiner invented and Waldorf takes very seriously.

I understood the idea that children developed in stages. I already experienced that in my home and had been a part of scheduling parent ed lectures at other private schools.
I understood that children were being rushed through academics in our society at very young ages, and that Waldorf took academics slowly. Children had time to adjust to new ideas and learn when they were developmentally ready. I loved that the children sang, painted, played in the mud, and climbed trees. I loved the focus on children learning physical balance and that balance helped them with their ability to learn. And, most importantly, I loved the food the parents made! Always wholesome and organic.

Then I saw my first Eurythmy performance.
I have tried to explain eurythmy to people who have never visited a Waldorf school. It is impossible. When I first learned that this was a type of dance/movement that all children would be performing...On stage...I was confused.
It's not pretty. It isn't ballet, tap, jazz, or gymnastics.
The children wear special cloth slippers and robes while performing.
They gesture and move stiffly...
movement from the spirit.

We were told to take our younger daughter out of hip hop.
Eurythmy OK.
Hip Hop not OK

When the children began painting, they were allowed one color for a week. They painted exactly what the teacher painted in exactly the same formation. Each color was introduced one by one and only one color at a time. Painted on paper with rounded corners. (We still have shelves full of that expensive paper!) No deviation or individuality.
No black.

The kindergarten teacher once met with me to discuss my daughter's details in her free drawings. She was putting too much detail on dresses and in girl's hair. The teahcer told me that she needed to simplify her drawings to just the basics.
Plain people without faces GOOD
Princesses with frills BAD

I was very involved at the Pasadena Waldorf School. I co-chaired the Elves Faire and helped run fundraising events. Initiated events and get togethers. I knew where all of the various props and supplies were in the school. Had a connection with most teachers and the head of school. Served my time on the Parent Council (I can't remember if that is what it was called), and brought up issues to discuss with the head of school and College of Teachers.

It took a lot of us to run these huge events, and I threw myself into them. We spent late nights and weekends preparing and working on Waldorf events. We earned large sums of money for the school so that teachers could go on educational retreats, update and maintain the huge property, and purchase new equipment. Including the building of a new kindergarten in the back yard. Used my professional talents as an Illustrator and Designer to make flyers, print up materials, and organize auctions. I spent thousands of dollars. Plus paid thousands of dollars per child per month. I think it was around $11,000 a year per child when we left the school.

I remember hiding my "TV talk" crew jackets and tee shirts when I came to pick up my children. Once I was wearing a Simpsons tee shirt and the little kids teased me on campus, yelling, "TV TALK, TV TALK!"  My job and source of Waldorf tuition was now BAD.
Gnomes GOOD
Cartoons BAD

There were many of these kinds of judgements on a weekly basis.
I got in trouble by one Mom because I took a group of ice skating girls to McDonalds once (I hadn't eaten and was craving french fries). She was upset that her child had been corrupted by a McDonald french fry. I felt terrible, but I knew that her daughter would survive that one incident.

The Wishing Well was our hub. Where parents and kids gathered after school. Knitting circles gathered in the morning. Bake sales every Friday. And gossip abounded all day long. It was a happy place of comfort until I was banished from campus. Then it was dark and full of gossip. All of a sudden I was an expelled member of anthropsophy and Waldorf. Never to be spoken to again. Even by my friends.

Here's where it got crazy:

How can you have such close friends for 6 years only to be silenced by the school? How can parents allow a school to have so much power over their opinions and friendships?
Friends called me occasionally and asked that I tell no one they called.
What kind of crazy was this?
The head of school ignored a cease and desist order I sent the school and held a meeting in my daughter's classroom to explain to the confused parents that they should not have any contact with me.

My ex and the teacher told the head of school that I was crazy and jealous. They did not believe that my daughter was upset.
I was concerned about my child and the ethics of such a teacher.
My daughter was severely depressed, crying daily.
I was worried about her and that we would probably have to leave the school so she could be taught by a teacher with ethics and morals.
My ex and the teacher continued to attack me instead of deal with the issue.
I suggested a mediator to come to the school. I even brought one with me once.
He was not allowed in the school office.
My ex would not meet with me.
The teacher would not discuss my daughter.

The head of the school and staff ignored the issue.
They took our money, but did not care about the students.
The teacher and my ex continued to ignore my pleas to discuss this problem.

"You're making this a problem," they said to me.

I could not stop my daughters tears for months, and she still cries a few times a month, confused about what happened.

All of a sudden I was banned from campus.
My daughter drew a picture of her experience.
She is behind a wall with her teacher and her Dad. I am on the other side of the wall. She wants to see me, but there is a wall in front of her.
The weird part was that I had full custody.

Once banned...It was time to leave the school.
In a 50/50 legal custody situation, both parents must agree to all educational decisions.
My ex refused to allow our daughter to leave the school.
She went to school every day, with her teacher who chose her Dad over her. Went to her father's house who chose the teacher over his own daughter. But was stuck in class all day every day no matter how uncomfortable she was.

Finally my ex agreed to leave the school.
With the despicable behavior by the Waldorf staff, there was no reason for us to stay at such a horrible place.
We pulled all 4 of our children out of the school.
No refunds.
I couldn't even help my children carry their belongings out of the classroom.
And the teacher did not turn over my daughter's school work until two months into summer break.

But...
The situation got much worse.
The head of school, my ex, and the teacher worked together to try to take my daughters away from me in court. The head of the school concocted a letter and sent it to my ex for him to use in court.
He lost in court.
But, just knowing that my ex, the teacher, and school were a part of something so awful, has deeply affected me.

So much distrust:
The school and teacher deliberately separating my children from me.
The teacher not divulging information about my daughter in school, although I had full custody.
The exclusion from parent/teacher meetings and school events that my children were participating in.

There were quite a few broken laws.

Now that all of our children are attending public school, they are thriving.
It was a blessing in disguise to get out of Waldorf.
I just wish it hadn't been so traumatic. It didn't have to be! 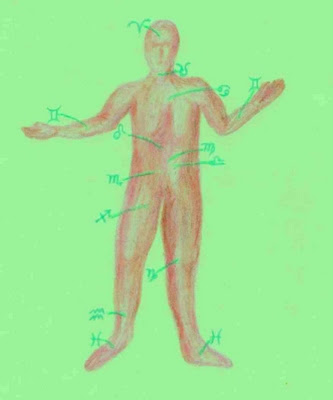 The ex and the Waldorf teacher are getting married next year.