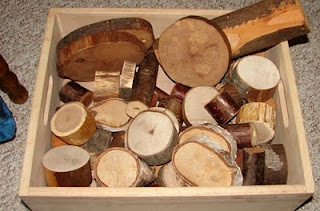 Wooden blocks, silk capes, wooden swords, beeswax candles....
I am traumatized for life.
When my ex husband and I first visited the Pasadena Waldorf School, we fell in love with the campus. Lush and large with children playing outdoors. A calm and joyous environment where children climbed trees, knitted caps, and painted and crafted daily. The focus on the arts was especially important to us since most schools consider the arts to be a frivolous, wasteful expense in an educational setting.
Meeting with the head of school at the time, I was happy that she worked with me to ensure that my daughter would get into the 1st grade class. She was gracious and warm and kind to our daughter.
After leaving a rigorous private school, it took a while for our daughter to get used to the Waldorf style. Although the feeling of happiness is all around, the teachers are strict and sometimes rude to the children. Getting used to the morning rituals and chanting. Songs about God and nature. Learning to never talk about media or pop music. Giving up wearing any kind of logos or sayings on shirts. Picking out sneakers became difficult. Where do you find shoes for kids without logos? Our daughter was afraid to wear a shirt that had any words on it. Yet, she was happy there. We all made great friends and our children played together often.
When our second daughter was ready for elementary school, we enrolled her into kindergarten.
By this time, I had become very involved in the school. Helping with the annual Elves' Faire, the newly begun Art Festival, and any and all fundraisers. I truly believed in the school's philosophy and the promise that my children would have an excellent education.
Our youngest daughter loved hip hop music and all pop music. It was her goal in her short child life to be a diva and sing. She would play music often at home and could not resist singing and dancing. I received a call from her kindergarten teacher alerting me to thew fact that parents were upset about my daughter's singing. Not only was she corrupting the other children with music, but it was pop music. The teacher told me that parents were complaining because their children were coming home singing pop songs. In addition, could we put a stop to her wearing sparkles to school. No sparkly tennis shoes, headbands, or shirts of any kind. She was 5 and 6 at the time.
When I spoke to my daughter about this, she mentioned that her teacher had talked to her about her clothing and singing already. Unfortunately, this was the beginning of my daughter's paranoia about what she could and could not do. She started to ask me everyday if what she was wearing was OK. She was afraid to sing outside of her room. Her shirts were sometimes too short and her belly would show when she played. She got in trouble for that as well. She started to check her shirts constantly to make sure they were pulled down over her belt. Luckily she had a couple of friends from preschool who did not got to Waldorf, and she could be free with them.
Finally my ex and I were called into the school for a serious meeting with our daughter's teacher, head of school, and two other teachers. They proceeded to warn us about our daughter corrupting the other children. Her clothes were completely unacceptable and we should buy from J. Crew. Instead of pop music, we should expose her to world music and live music. No radio. She was still too sparkly. Every once in a while some piece of clothing had a sequin or sparkle on it. That was unacceptable. It was as if our daughter was some kind of kindergarten sparkle criminal with a malicious urge to sparkle all of Waldorf. And this was a very SERIOUS concern.
Needless to say, I was confused. How could a school with so much love and happiness be so critical and judgmental? Is this what we signed up for? Was the school going to start infiltrating every aspect of our home life? We already stopped watching TV and listening to the radio in the car. We only packed nutritional, organic lunches in recyclable containers. We purchased the outrageously expensive required basket for our kindergartners' lunch (the handles broke after two months). Both my ex and I were confounded. I did not like that my daughter was being treated as a troublemaker for something so random and innocent. At 6 years old!
Because Waldorf is a private school, it does not adhere to the laws governing public schools, or any laws as we we would soon discover. Parents are ruled by the school. I tried talking to the teacher and different members of the faculty only to be told to do what they ask and our child will benefit greatly. Any resistance on my part would have a negative impact on my daughter's education. So we did everything they asked. Did not question the ridiculous nature of what was asked, but went along with the herd. It was beginning to feel like a cult.
This was the beginning of the slow and painful end to my love of the Waldorf School. There would be much worse incidents to come and one terrible, traumatic experience that left me and my family traumatized for life. I can no longer stay silent.
Posted by cwyatt at 7:49 AM