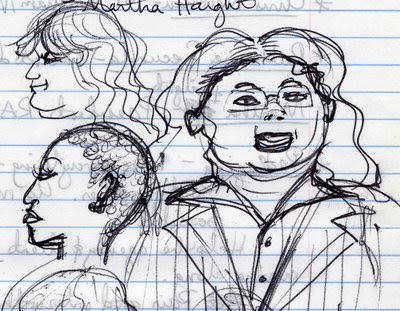 Film Ladies
at the Women in Film Forum in LA 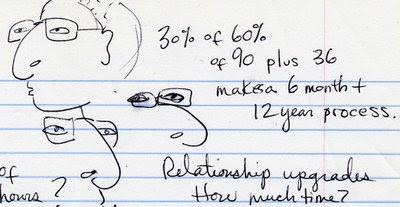 I went to a few different panels...
One was a pitch for a Writing Boot Camp...
The guy was really into turning writing scripts into math...
I have no idea what Relationship Upgrades are...but I wrote it down 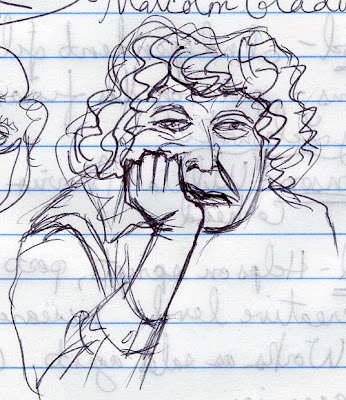 I loved listening to this guy...the inspiration for the Big Lebowski.
He would go off on tangents about Vietnam and how women will take over
the world someday. While Rena Ronson was talking he put some fake teeth in his mouth
with flashing lights on one tooth and grinned a huge grin. I thought the Coen Brothers
really nailed this guy in their movie.

One of the panels was about pitching.
Some of the women practiced their pitches and got feedback from
the panel of executives. I watched...

This woman knew what she was doing...
She's a writer and producer.

This woman appeared to be new to the industry,
but she had one of the funniest pitches. It turns out she's in Second City! 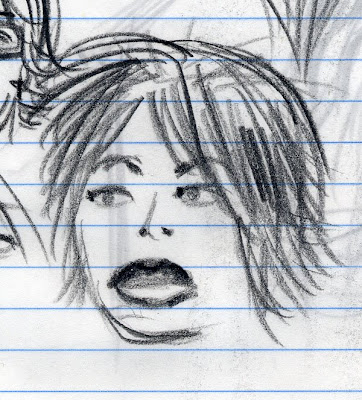 This executive had such a striking face I had to draw her a few times.
The first day of the panel, her hair and makeup were perfect.
The second day, she looked like she had just woken up... probably did.

Some executives looked too cutesy to be running big networks. 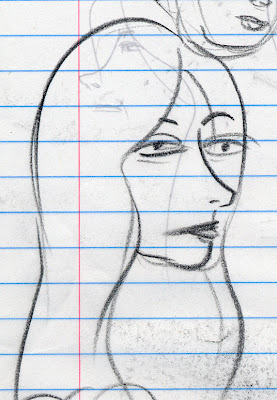 Some were very pretty even though they looked serious. 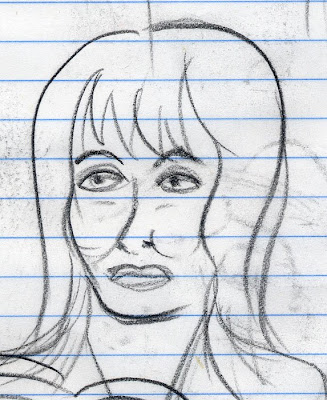 This one had really high, defined cheek bones. She put dark brown blush
on her cheekbones that made them look slightly bruised.